Got a question about our furniture relocation services?

Johannesburg, known to us locals as Jozi or Joburg, is one of the youngest cities in the world, founded in 1886, and has grown into the culture and business hub of South Africa as we know it today. The city of Johannesburg started as a gold mining opportunity for many young miners and farmers alike and as a result, created a buzz among the locals. Since 1886, people have traveled far and wide to ‘The City of Gold’ to start a new life. Johannesburg is located in Gauteng, one of the most populated provinces in South Africa, and it’s clear to see why. Locals and international tourists alike flock to this unique and vibrant city, rich in history and culture, to experience a city they’ve never seen before. Use a on of the most reliable Moving Companies in Johannesburg for all your relocation or furniture removal needs.

Official Languages
With Johannesburg being such a diverse city, it’s safe to say all 11 official languages are spoken within the city’s limits. However, the most widely spoken languages include English, IsiZulu, IsiXhosa and Sesotho

Climbing to a whopping 270 meters tall, Johannesburg is home to the tallest building in Africa. The Hillbrow Tower is a popular tourist attraction, giving you a breathtaking few over the entire city of Joburg.

Johannesburg’s international airport, OR Tambo, is designated the busiest airport in Africa, welcoming over 28 million passengers every year.

If you’re a lover of history, then Joburg is the place for you. Johannesburg hosts one of the most breathtaking attractions in Africa: The Cradle of Humankind. This attraction is home to 40% of the planet’s oldest human fossils, making it one of the richest archaeological sites in the world.

Cost of Moving to Johannesburg

The price of moving to Johannesburg will vary due to a number of reasons:

We go in depth on How much do moving companies cost in South Africa. 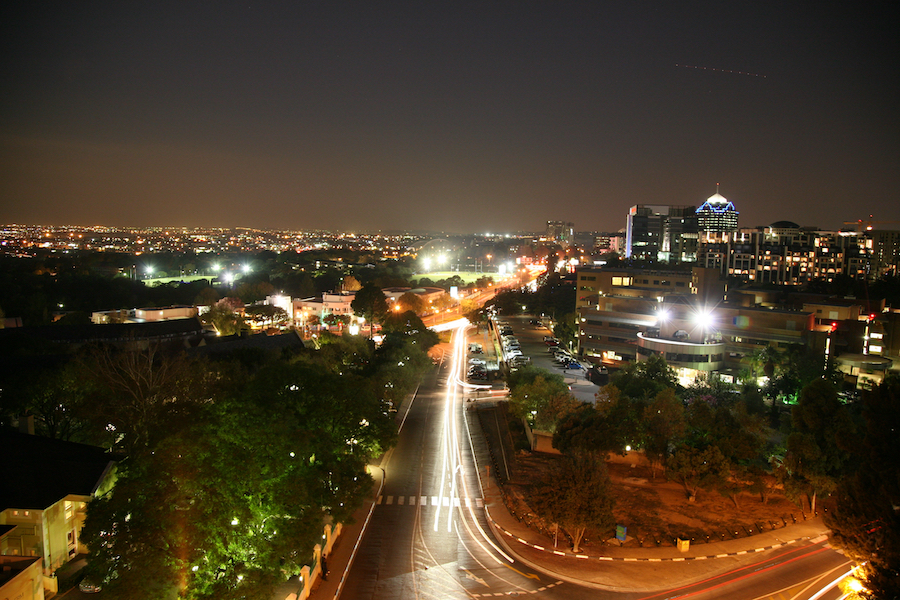 Things to Know Before Moving to Johannesburg

Amongst the many countries in the African continent, South Africa has the best standard of medical care. Johannesburg is home to some of the most advanced medical facilities, boasting highly trained doctors and medical staff that provide top notch healthcare services.

Johannesburg has become the top medical tourism destination of South Africa, attracting various tourists and travellers from all around the world, especially Botswana, Zambia and Zimbabwe. While the public healthcare systems in South Africa are less up to par, Johannesburg’s private hospitals are of a word-class standard. Some of the most recognised private facilities include the Nelson Mandela Children’s Hospital, the WITS University Donald Gordon Medical Centre and the Fordsburg Clinic.

Johannesburg, as a major city, is far from any areas that can cause severe illnesses, such as Malaria. However, international tourists and travellers are advised to get the following vaccines and medications to ensure safe traveling, including:

These vaccinations are recommended to have no matter where in South Africa you will be traveling to or moving to.

Cost of Living in Johannesburg

Here, we will give a brief overview of how much the average cost of living is for such a major South African city, such as Johannesburg. These average costs are priced to care for an individual living on their own in Johannesburg:

There are plenty of neighbourhoods in Johannesburg to choose from, with something for everyone. Below are some of the best neighbourhoods to live in, each with their own quirks and attractions.

Maboneng is one of the newer areas in Johannesburg, as it was developed in the early 2000s. Home to many young workers as well as families, this is an up and coming trendy place to live.

Braamfontein is one of the most popular areas in Johannesburg, as the University of the Witwatersrand is found here. The area is home to a lot of students as well as young adults starting out in their careers.

Melville is a very popular area for students as well as younger families. With a vibrant bar scene and plenty to do, this area is found in the centre of Johannesburg and always busy and bustling with life.

Rosebank boasts a great location, with its own Gautrain station and easily accessible connections to all surrounding areas. Rosebank also has 2 outdoor plazas as well as galleries and cafes.

One of the most popular areas for families to live, Randburg offers beautiful homes with luscious gardens and very homey neighbourhoods to call home.

The place to be for families looking for a quiet, idyllic neighbourhood go raise their children in. Bedfordview is also close to the airport making it a perfect location for those needing to travel often.

Sandton is known as a luxury haven for locals and tourists alike. With gems such as Sandton City, Village Walk and Nelson Mandela Square, Sandton is known for its shopping complexes, five star hotels and well known bars and restaurants. Aside from the leisure attractions, Sandton is also a newly known financial hub where major banks and head offices bring larger incomes to the residents. The once known green farmlands have turned into a cluster of skyscrapers and upscale residential areas that can easily compete with major international attractions such as Beverly Hills.

Known for its lush green landscapes, Parkview brings a new combination of nature and modern buildings to introduce the perfect attraction for locals and tourists alike. Parkview was built around a huge green park, George Hay Park, where families can enjoy some quality time in the sun. Parkview is also home to more family suburbs, with a wide selection of top notch schools and community centres. For those more interested in tasting new and delicious creations, cafes and restaurants line every street to bring new culinary experiences to everyone of any age.

Melville. Funky, vibrant and young. Melville caters to the student population of Johannesburg, with many bars and cafes to entertain both the younger and older generations. Melville is home to two main universities of South Africa, the University of Johannesburg and the University of the Witwatersrand. Along with the more modern attractions, Melville is also home to the Melville Koppies Nature Reserve, where nature lovers can get their fill of lush green sightings. Melville is young at heart and spirit, housing many artists and poets alike where tattoo parlours and quirky bookstores are overflowing for those looking to enhance their creative skills.

Located in the northern parts of Johannesburg, Rosebank introduces yet another residential area that is a commercial wonderland at heart. Johannesburg, known for its shopping malls and eateries, can be perfectly described in Rosebank, as you can shop and eat until your heart’s content. Rosebank is one of the more tolerable districts in Johannesburg, welcoming anyone of any background with open arms to come and be a part of this diverse community. Rosebank also houses the antique paradise, The Sunday African Rooftop Market, where hidden gems can be found and admired by those antique lovers.

Modern and luxurious, Melrose Arch is a very urban and modern suburb located in the northern part of Johannesburg. With an ample amount of cozy cafes and shopping squares, Melrose Arch offers an abundance of attractions and living options for those looking for a more modern lifestyle of living. With luxury hotels such as The Fire and Ice hotel and The Winston Hotel, Melrose Arch attracts many international bodies, making the suburb a hub for diverse tourists and locals. Melrose Arch is also known for those preferring to walk through the vibrant scenery, making the area a very safe spot to walk about and meet new people.

If you’re a total foodie who enjoys tasting creations from your wildest dreams, then Greenside is the place for you. Housing some of the finest, and most importantly affordable, restaurants in Johannesburg, Greenside introduces a culinary playground, where popular restaurants such as Rim and Rubber, Spiceburg and The Artisan serve thousands of customers looking to expand their foodie knowledge. Even though Greenside is not as popular when it comes to accommodation and shopping, it will certainly introduce you to some amazing greenery, where parks are overflowing for those nature lovers. Greenside is the perfect place to help you get fit with some long nature walks or canoeing while you enjoy some well deserved delicacies afterwards.

Johannesburg takes its title of “South Africa’s financial hub” very seriously, with an abundance of employment opportunities based in the Financial, IT, Manufacturing and Media industries. Due to its diverse population, people with unique employment backgrounds can start their careers the right way and work themselves up into their dream job. With various modern suburbs around Johannesburg, there are many office buildings housing unique companies ready to take on any local or international bodies that can bring the right skills to help them grow their companies.

Accommodation is something that can differ in price range immensely based on the area you want to live in and based on the size you will need to accommodate yourself and/or your family. If you are looking to rent a property, then the average price range for a 1 bedroom apartment will be between R7000-R10 000. For those needing more space, a 3 bedroom apartment will be anywhere from R15 000 up until R25 000. Based on what each suburb has to offer, the more expensive areas when it comes to housing include Sandton, Rosebank and Westcliff. Some areas that are more affordable with housing include Glenvista, Randburg and Meredale.