We make moving a breeze. You don't lift a finger we do EVERYTHING for you! From packing services and removal services to storage, protective wrapping and super-smart moving insurance. Allow our trusted furniture removals company in Bournemouth to provide a quality & efficient movers service.

We make moving a breeze with our professional movers in Bournemouth. Receive an instant free quote

Quick Price for Your Move

Get a Quick Price For Your Move

Trusted corporate, office & employee relocations, big or small to and from Bournemouth

We make moving a breeze with our professional countrywide removal teams. Receive an instant free quote.

No two moves are the same and therefore we offer a full suite of services, no matter the size or distance, we will tailor make the move to your specific needs. From planning, packing, video survey's, property visits, to cross country moves, our trained furniture movers ensure your possessions are transported with the utmost care whether that is for your office or home relocation journey.

Local Removals Near Me

Our value driven local removal service in Bournemouth is available in all nearby suburbs and suburbs. The move for you and your family is unique which we handle from start to finish with absolute care and full transparency.

Our moving experts take great pride in handling your belongings with care, whether you require full or part loads. Our service runs daily on all major routes in and out of Bournemouth.

We make moving a breeze with our professional movers in Bournemouth. Receive an instant free quote

Quick Price for Your Move

Our full set of customisable moving services includes homes and offices of all sizes. Storage options for all household and office goods are available in most counties within UK. Allow us to provide a cost efficient quote along with our outstanding removal support service from start to finish.

Whether you are moving between local suburbs or moving to or from Bournemouth, let our professional furniture movers assist you with your relocation be it for your apartment, office, house, semi-detached house or for work purposes.

Providing effortless packing, protective wrapping and unpacking solutions for any size moves. Where to get boxes?

Our Small Moves service is ideal for those living and moving within Bournemouth. Moving from a Large property, we manage the entire process for you.

Man and Van removals in Bournemouth is ideal for small moves - townhouses, flats or even single furniture items & pianos.

We received an excellent moving service from Biggles Removals their furniture movers team. From timeous responses to professional movers and a reliable truck, i would definitely recommend them to all our friends and family. Thank you.

I used Biggles Removals Company for our long distance move and i cannot recommend them enough. They kept us up to date every step of the way, they handled our household goods with the utmost care and were so friendly. Thank you to the Biggles Team.

We needed to move at short notice for a local move, not only could they accommodate us, they helped us move our home with a smile, they were affordable and they observed all of Covid-19 protocols. Thanks guys for such a professional moving experience.

Bournemouth Removal Company Near Me

Bournemouth is a coastal town in Dorset located on the south coast of England. It is the largest town in Dorset and according to TripAdvisor’s Traveller’ Choice is the UK’s best beach in 2019, which it won for two years in a row. Bournemouth gets around 7.7 hours of sunshine on summer days which is much higher than the UK average.

Bournemouth has some fantastic transport links. The A338 takes you into Bournemouth, which comes down from Salisbury and Ringwood. The motorway near Bournemouth will take you into Pool and the nearby M27 can link you to Southampton. Southwest Trains operate trains from Waterloo going direct to Bournemouth, in around 2 hours. There are also trains that connect Bournemouth to other areas in Dorset and the South of England. 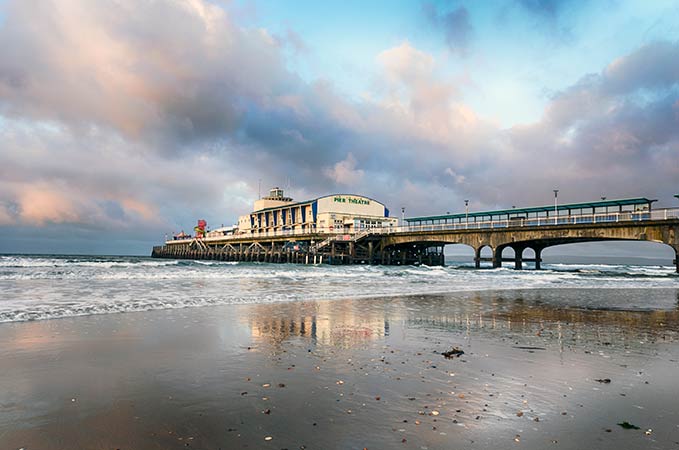 Things to do in Bournemouth

Bournemouth has around 7 miles of sandy beaches, which offer up some beautiful walks and days out by the sea. It also offers some great water sports opportunities. Whether you want to paddleboard, Kayak or surf, there are plenty of hire shops dotted around and lessons available to take.

Bournemouth is home to some excellent attractions such as the Dorset Adventure Park, The Bournemouth Aquarium and Russell-Cotes Art Gallery & Museum. Bournemouth town has a vibrant atmosphere, with some amazing restaurants, bars, and shops available. There are also cinemas, comedy clubs and theatres that can be visited, that put on some enjoyable shows.

For sport lovers there are multiple golf courses, gyms, and leisure centres Scattered around Bournemouth. Tennis courts and bowling lanes are also available to use. Often you will see people playing sport on the beach, including cricket and volleyball.

Schools and Education in Bournemouth

Bournemouth has 26 primary schools, 16 of which are rated ‘Outstanding’ by Ofsted. There are also 2 grammar schools and 10 secondary schools, so there are lots of options available. The best performing primaries in the Bournemouth include Mudeford Junior School, Queen’s Park Academy, Elm Academy, and Jewell Academy Bournemouth. All these schools have been given ‘Outstanding’ ratings by Ofsted.

Bournemouth is also a University town and is home to the well respected and well know Bournemouth University. They host a range of courses for students to choose from and is ranked highly compared to other Universities in the UK.

Looking to make the move to Bournemouth

Cost of living in Bournemouth

Let our moving experts handle all your moving requirements from start to finish.

“Biggles Removals UK is the best removals company i have worked and we have used our fair share. Communication, Movers & Packers, Quality of Service, Handled with Care, All 10 out of 10. Thanks to the team at Biggles”

By submitting my data I agree to be contacted

How much do House Removals cost in Bournemouth

The average price for removals in Bournemouth came to £1200 but this price can come down to around £800 should you happen to catch a quiet day on the Saturday or Friday.

What is the best day to move house in Bournemouth

The best two days to move in Bournemouth based on our data from previous moves would be Saturday and Friday. Monday and Tuesday worked out to be the most expensive day to move followed by Wednesday.
Home » Removal Companies » Dorset » Bournemouth