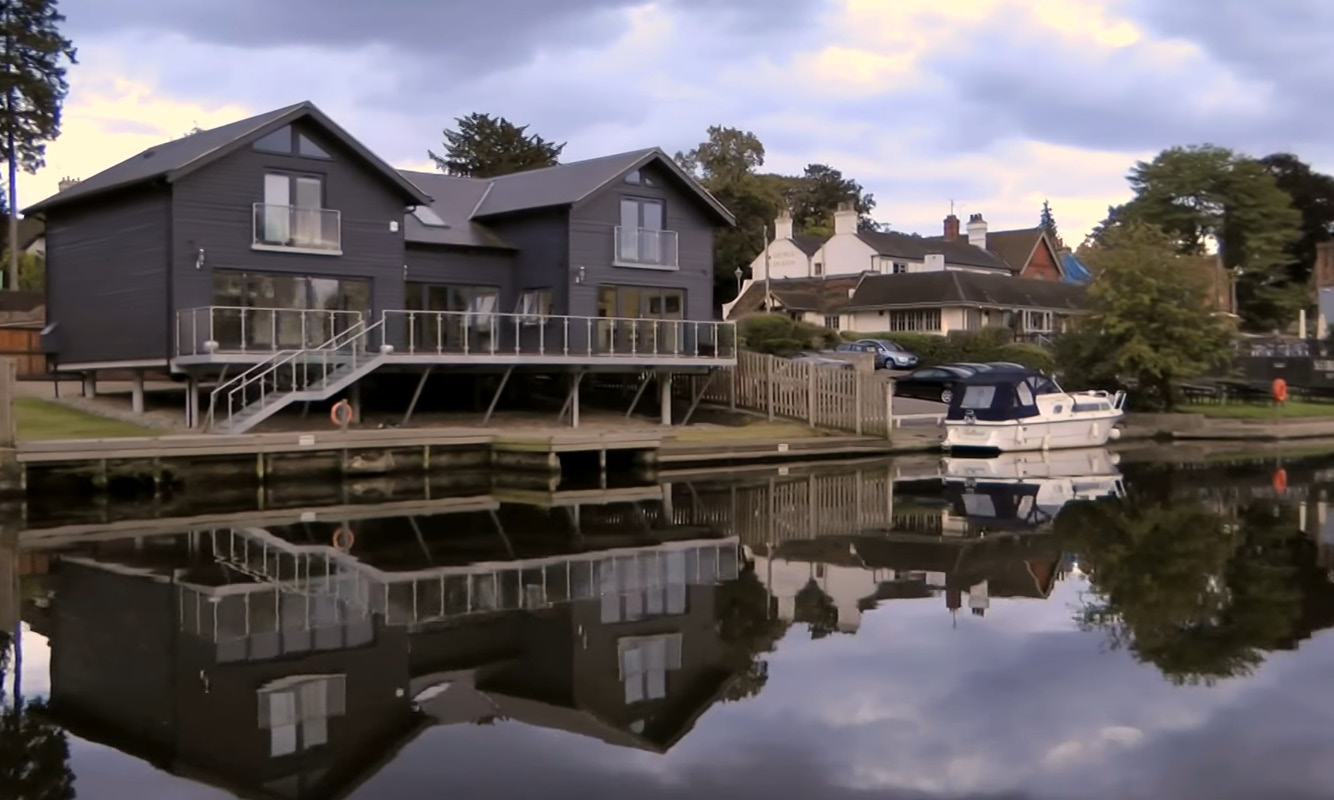 Ultra-Healthy and Right on The River: Is Wargrave a Nice Place to Live?

First in England’s Health Index, with good rail and road access, riverside living, shops, pubs and places to explore, it’s one of the best-regarded villages in Berkshire for moving out of London. Join us in discovering: Is Wargrave a nice place to live?

Officially inside England’s healthiest district. With less traffic, more schools and more affordable than most popular villages in the South East. We asked if the Berkshire historic village and civil parish of Wargrave is actually a nice place to live in.

One of the best-regarded villages in Berkshire County, although slightly larger than the county average, Wargrave lies on the A321 road on the M4 corridor – about 7 miles from Reading, Berkshire – with its own railway station that’ll get you to London Paddington in about 57 minutes.

Wargrave is a quiet riverside spot, built all along the River Thames and near the London River – yes! you can moor your boat here or join the rowing club! And it’s a stellar alternative to nearby Sonning, famous for attracting the likes of George Clooney and Jimmy Page, because it’s more affordable, and you don’t have the huge bridge queues and general mad rush-hour traffic of Sonning.

IS WARGRAVE A NICE PLACE TO LIVE?

Well, it’s in Berkshire’s district of Wokingham, which has just been classified as England’s “healthiest place to live”. This according to the new national health index, as per the Office for National Statistics in February of 2021, which looks at how healthy people are in general in an area, as well as how the environment (town/village) impacts their health.

And, of course, Wargrave is one of the popular alternatives to living in London itself (just 1 hour away). But, what really makes any place a “nice” or “good” place to live? Because, sure, in Wargrave you’ve got the river and the famous Wargrave & Shiplake Regatta and boat clubs. But what about who lives in Wargrave, it’s shops, pubs, attractions and such? Not to mention property and prices.

POPULATION: HOW MANY PEOPLE LIVE IN WARGRAVE?

The last available census info (2011, yikes!) says Wargrave’s population is about 3 800 people, living in 1 570 homes in a 6.9-mile area along the River Thames. That’s a bit more than most villages in the area, but it does mean you get more infrastructure for commuting and there’s a little more to do and experience.

Now, it’s no retail mecca, but apart from the usual local grocery shops, a true gem is the speciality gift shop Rosie’s Chocolate Factory. And then there are some excellent local food producers and shops in a 5-mile radius. There’s a nursery, fresh coffee, garden supplies and organic veggies at Hare Hatch Sheeplands, fresh, local produce at the award-winning The Corner Shop in Lower Shiplake, and free-range eggs, an honesty-based shop and loads of animals for the kids to interact with at the Riverways Farm – including a herd of 18 reindeer!

For delicatessen and cakes, try Alexandrina Victoria, and for a great cheese and wine tour, there’s Stanlake Park Wine Estate, featuring some of Berkshire’s highest-quality vineyards.

There’s plenty to sample and explore in Wargrave and the surrounds. Some highlights in town itself are The Bull Hotel & Pub, a converted 15th-century coaching inn. And one of the best-known locations in the area, The St George & Dragon, is right on the river.

Nearby, there’s The Baskerville Hotel in Lower Shiplake, country-style dining at The Horns at Crazies Hill, while the Bird in Hand Inn is near the Castle Royle Golf and Country Club at Kiln Green.

THINGS TO DO, SEE & EXPLORE

Apart from a visit to the Wargrave War Memorial (First World War) and taking in the quaint village sights of photogenic High Street and all along the River Thames, you can also indulge in some water sports on the river – see Go With the Flo to book. Or pop in at the Barn Art Gallery.

Here’s a group of friends who paddled the Thames from Wargrave last summer:

The whole area is a treasure trove of hiking and biking routes – just follow the road down to Twyford and Sonning (see the famous Sonning Bridge!) or up towards Henley-On-Thames to visit picturesque Marsh Lock. And, something with the kids, there’s adventure golf, a play park and an awesome cafe at nearby Dinton Pastures Country Park.

WATCH: ON THE RIVER THAMES

And this is canoeing the Thames from Wargrave to Sonning by Travels with Paddles:

COMMUTING TO AND FROM WARGRAVE

Ok, but what’s it really like in terms of traffic and transport? Well, Wargrave connects easily to the M4 corridor for driving, which will get you to London in just over an hour, while Reading is an easy 20 minutes on the A321. And the local railway station connects to the Henley line, which’ll take you to Paddington London in about the same time.

In terms of Rush Hour, Wargrave’s usually quite easy, with some traffic building up on School Hill Road during the day. But it’s not much compared to what you’ll find at Twyford, Henley-On-Thames and Sonning in the summer months. The AA does live traffic updates of the area here.

Looking to move to the Wargrave area? Speak to the best-service removals company in Reading. From local removals to man and van moves, Biggles Removals specialises in all removals in Wargrave.

Free. Cheap. And convenient. When moving house: where to get boxes.

See how to save, port or switch power suppliers when moving home with Octopus Energy.